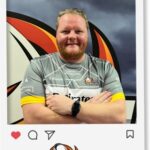 All our club fixtures and events for the current season