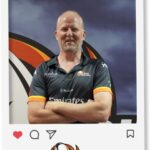 David arrived in the UAE during 1996 and played rugby initially in Abu Dhabi and later for Dubai Exiles;  David represented the Arabian Gulf and UAE in international rugby fixtures including matches in the rugby World Cup in 1999 and during that year joined in with a group of rugby-playing friends to establish the Dubai Hurricanes; David has served as Secretary of the Board since 2015.

Professionally he works in the international oil industry as a petroleum engineer, technical manager and as CEO and Director of a public oil company on the Canadian and Norwegian stock exchanges. He has supported various local and international companies and new businesses as an entrepreneur and Director.

David is an active sailor and member of Dubai Offshore Sailing Club for 25-years, competing in local, national and international regattas. He has held committee positions, including Rear Commodore, and since 2013 held the position of Race Director of the annual Dubai to Muscat Offshore Sailing Race.